A collaboration between professors at the University of Houston and St. Edwards University has produced a technology that has the potential to keep airways clean and stable for generations to come.

Gary Morris Ph.D., a professor of Environmental Science and Physics from St. Edwards University, along with his co-inventor, James Flynn Ph.D., a research associate professor in the UH Department of Earth and Atmospheric Sciences, invented an ozonesonde that will allow for relatively low-cost, lightweight and reliable measurements of SO2 in the upper troposphere and lower stratosphere.

“The technology is a modification of the standard instrument used to measure ozone on balloon payloads since the 1960s. It remains, to this day, the world standard measurement for balloon-borne profiles of ozone. The ozonesonde was invented by Walter Komhyr,” Morris said.

After Morris conducted research in Japan to monitor the impact of Chinese pollution on Japanese air quality before, during and after the 2008 Olympics in Beijing, Paul Newman, at NASA's Goddard Space Flight Center, tasked him to develop an alternate measurement that could resolve SO2 concentrations at a 2 - 3 ppbv limit in the upper troposphere and lower stratospheres.

“In response to Paul's challenge, I started working with James Flynn at UH on a modification of the standard ozonesonde instrument that would allow us to make a direct measurement of SO2. We spent several months trying a few different approaches before landing upon the first successful prototype in November 2016,” Morris said.

Flynn said that this ozonesonde can be rapidly deployed almost anywhere in the world to get samples and it can do so much faster than any high-altitude research aircraft. This gives scientists a first look at how much SO2 may have made it to the stratosphere.

“Our method simplifies the preparation process, is more consistent, can measure SO2 in concentrations much greater than ozone, and since we are only using one detector the lower detection limit is greatly improved,” Flynn said.

The ozonesonde will be used by En-Sci, a Colorado-based company that manufactures upper-air measurement devices.

“We have been planning on entering the horizontal air measurement low atmospheric market and the SO2 instrument paired with our ECC Ozonesonde is perfect for the job! Lightweight, low entry cost, with repeatable measurable accuracy,” Jonathan Harnetiaux, owner of En-Sci, said.

Morris said he is thankful for his co-inventor, Flynn, and the University of Houston. He also looks forward to the work his group will continue to do.

Morris’ group has been working on ozone profile observations in Houston since 2004. More than 600 of their flights have been sponsored by NASA, the Texas Commission on Environmental Quality, and the Air Quality Research Program at The University of Texas.

This year, their focus was “the role of the coastal environment in pollution production, transport and recirculation in the Houston area.” In order to help them understand, they fly balloons from boats in the Galveston Bay to the east and the Gulf of Mexico to the south. They will begin analyzing this data over the next couple of months next year. 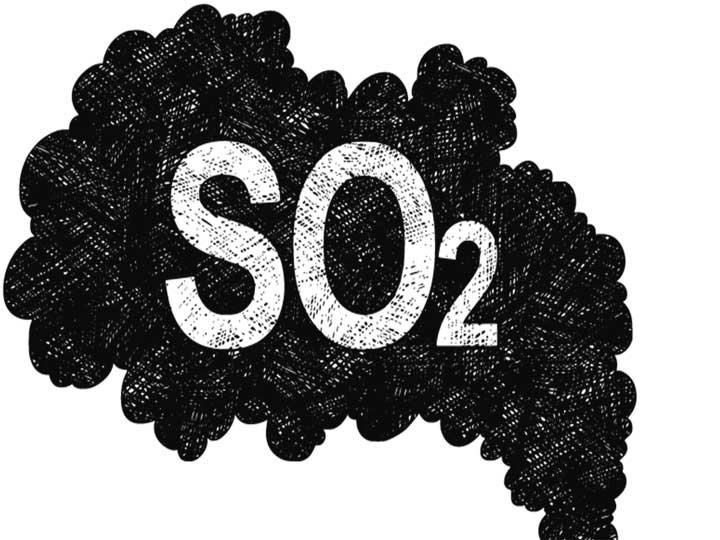