As part of the new UH Technology Bridge Partner Spotlight series, the Office of Technology Transfer and Innovation hosted serial entrepreneur, Neal Murthy, CEO of Talinnt, to discuss his journey as an entrepreneur in an online event held on June 1.

Murthy began his entrepreneurial journey at just 11 years old, when he started his first company. At 14, he started his second one. He also ran several companies while studying at the University of Houston.

His first “professional” startup was The Nefer Group, a company focused on simulating behavior within organizations and organization design. To date, Murthy is the founder of eight startups and is currently actively involved with three of them.

Murthy told the audience that if there’s one reason someone wanting to start a company should listen to him it’s because he has “messed up a lot.”

“I have tried a lot of things. I have experimented, and I have a lot of failures. Because of those failures I have learned a whole lot, and I’ve learned from those around me,” Murthy said.

Murthy wants to help people on their own entrepreneurial journeys by sharing those mistakes and what he learned from them.

Murthy continued by talking about how research is conducted.

“The merit of a startup idea isn’t about pushing the boundaries of human knowledge, but rather it’s about whether or not people, companies or institutions will want to use that knowledge. It’s an experimental process,” Murthy said.

Murthy also discussed the challenges of starting a company. One mistake he says prospective entrepreneurs always make is that they think the path to commercialization is linear. All they need is an idea that is then turned into a product or technology that is then taken to the market, and the market will buy it. But it’s not that simple.

For an idea to be marketable, there has to be a problem that needs to be solved and a gap in the market for the product or technology that is going to solve that problem.

“The process of taking your idea to market has to start with your research being problem-driven,” Murthy said. At the point when a prospective entrepreneur has done the research and found a gap in the market for their idea, that is when they’ll know they are ready to move forward with that idea, according to Murthy. 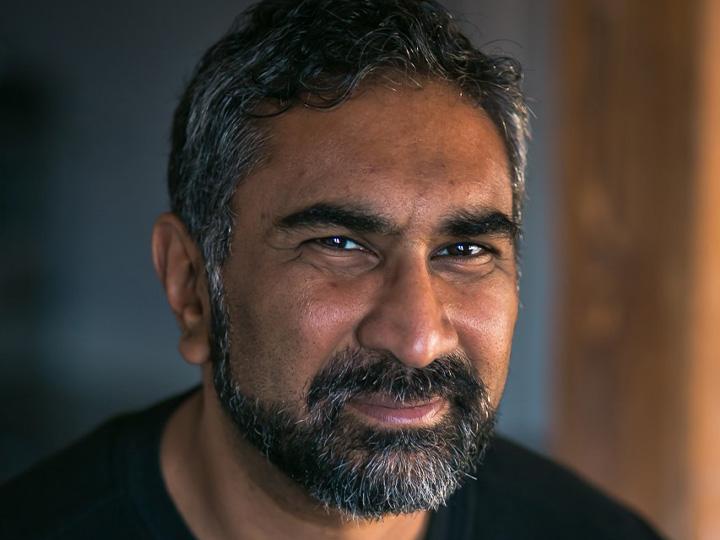