Unearthing the origins of matter is no small task. Particle accelerators around the world are used by researchers to study the interactions of subatomic particles at high speeds, giving a better understanding of what happens during collisions and how new particles form.

There is interest in the high energy physics community to turn the knob a little higher, pushing particle interactions at greater speeds in hopes of discovering new particles. To do so, the ring of superconducting magnets driving the particles needs to be recreated using different techniques that allow for greater energy flow.

Venkat Selvamanickam, M.D. Anderson Chair Professor of Mechanical Engineering and director of UH’s Advanced Manufacturing Institute, has received a $200,000 Phase 1 SBIR grant through his startup company, AMPeers, to explore whether his one-of-a-kind superconducting wire technology could be scaled up for an accelerator’s magnetic ring in a cost-efficient manner.

“There is so much opportunity and value with this technology,” said Selvamanickam. “Cost reduction is always the bottleneck for commercializing this technology. However, what we have here is really different – it needs to be done. It’s been a good decision for us to pursue it so far.”

The grant from the Department of Energy’s High Energy Physics office is Selvamanickam’s fourth SBIR through AMPeers, a startup created in 2008 to support the commercialization of superconductor manufacturing. His first SBIR grant in 2016 supported a proof-of-concept project to convert his superconducting tape to round wire, which was followed by a Phase 2 grant to scale up the technology. A third SBIR was awarded in 2018 to make a coil for the superconducting magnet.

“We’ve developed a remarkable type of wire that nobody else makes it in the world,” said Selvamanickam. “Our wire can be bent to super small diameters needed for complex magnets, but we need to drive the cost down to be able to scale it up, so we’re taking a look at how best to do that.” 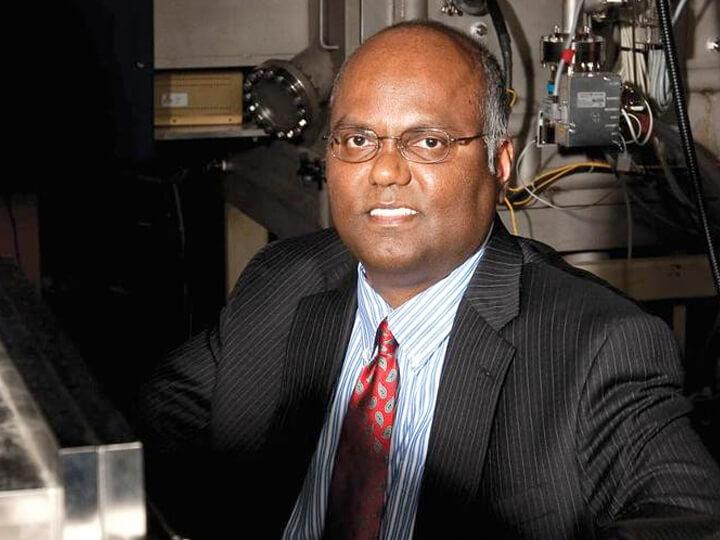